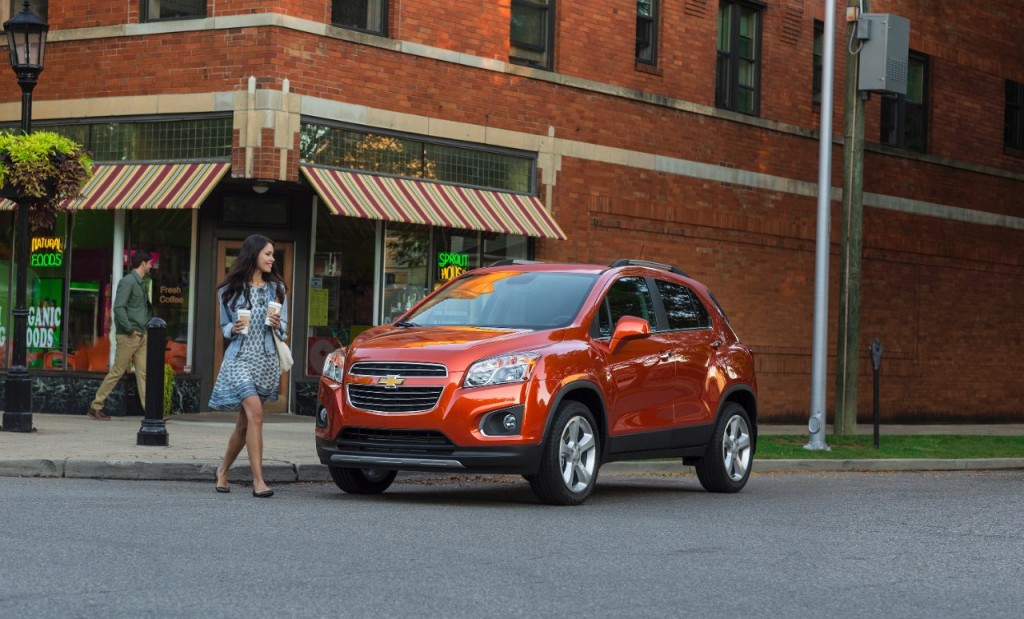 Chevrolet recently announced their “plans to introduce the 2015 Trax through an innovative marketing campaign called Hidden Gems created with help from social media influencers.” The campaign kicked off February 28 and continues through the summer. They have teamed up with Complex to host the online hub where the content will be posted.

We take a closer look at the strategy around this campaign, according to the details from their press release. Only time will tell if this campaign will sink or swim. With a combination of “regular folks” combined with more traditional (mostly Instagram) influencers, it appears that Chevrolet is attempting to keep the campaign relatable. A representative from Complex Media told us, “Quantity does not equal quality in this campaign and we certainly achieved what we were going for with our recruits!”. We’re hoping that Chevrolet and Complex Media will also release more information on their target demographic, objectives and goals for the campaign.

Details: Twenty social media influencers will create a “social swarm,” using a mix of paid media, social media and unique experiences – conveying the versatile personality and capabilities of the all-new Trax in Chicago and New York.

Following personalized itineraries, each participant is tasked with sharing their city discoveries one may not otherwise find, including venues and activities like live music in a small club, trampoline training, a butchery demo and a distillery tour.

Currently: With the most current round of content we were able to see the combination of Instagram influencers along with the regular friends along for the ride.

One interesting thing we noticed in the influencer selection is that the content creators ran the  gambit from the very buttoned up fashion blogger Sequins and Stripes to model Megan Lewis in her lingerie. We’re not sure who exactly this customer is, perhaps Chevrolet is targeting millennials in general?

In addition to live curated content from participating social influencers, a series of three long-form videos focusing on secrets in Los Angeles, New York and Chicago will be created as well with in-depth looks into restaurants, cafés, nightlife, and experiences of which even locals may be unaware.

Currently: The #HiddenGems hashtag currently has more than 25,000 photos attributed to it and the #trax hashtag has more than 42,000 photos. With so many photos already crowding these two hashtags the Chevrolet influencers have a tough mountain to climb for their content to break through the noise. Especially since this campaign is beginning in the dead of winter for Chicago, which is less than ideal for taking photos outside.

If Chevrolet wants to break through the noise of the #hiddengems hashtag they will need partners who are excellent content creators as well as true influencers in their respective cities.

In addition, the influencers are using #ad in addition to the previous two hashtags. We’re guessing this is supposed to be the requirement to satisfy the FTC guidelines but it makes the content appear more like spam. We would have recommended that Chevy used a lightweight hashtag like #chevypartner instead of #ad.

Currently: So far Megan Collins is nowhere to be found in the influencer content and she hasn’t mentioned anything on her social channels. In fact, she didn’t even post on Feb 28 when the campaign started. With a small following of less than 6,000 followers on Facebook and Instagram each we’ll be on the lookout to see how she plays a role in the success of the campaign. Her largest following is on Twitter at 12.3k followers but she’s receiving little to no engagement on her tweets. 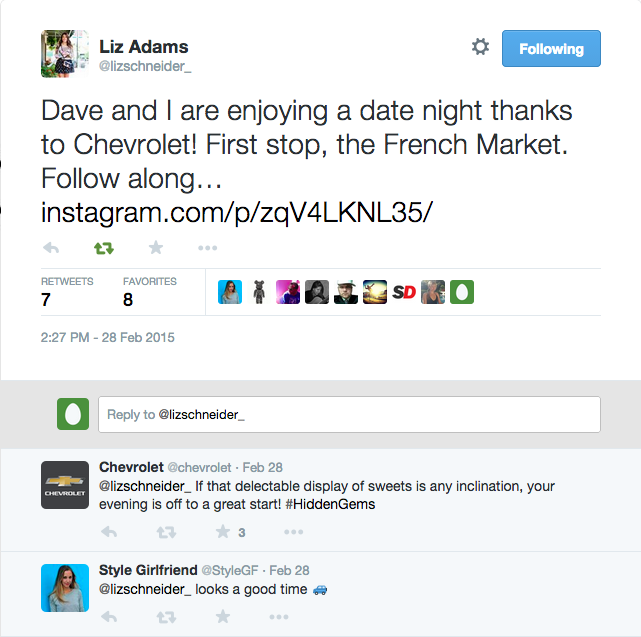 Photo via Twitter, showing tweets from @chevrolet, @StyleGF and @lizschneider_

We did receive notice from Complex’s digital PR agency that Collins responded to an influencer tweet. But since this was an @reply and according to Twitter “People will only see others’ @replies in their home timeline if they are following both the sender and recipient of the @reply.“, it more than likely did little more than foster the conversation between the two influencers.

When it comes to automobile companies, we have always loved the Mercedes-Benz influencer campaign that launched in 2014. It’s an amazing example of Instagram Influencers and inspirational content creators showing their #GLAPacked campaign and inviting other Instagrammers to enter the engaging contest.

Happy Furry Friday everyone! We’ve got a very important question to ask…. Is this a Cat Toy or Baby Toy? Is this delectable sushi…