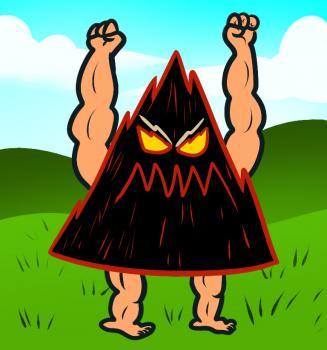 Mind your P’s and Q’s on Twitter because @StealthMountain is out to get you! Clocking in at a whopping 26,700 followers Stealth Mountain’s describes his purpose on his Twitter profile:

I alert twitter users that they typed sneak peak when they meant sneak peek. I live a sad life.

Over the past 4 years Stealth Mountain has corrected 433,000 tweets, which is actually a paltry number compared to the amount of tweets per day. Live Internet Stats reports, “Every second, on average, around 6,000 tweets are tweeted on Twitter (visualize them here), which corresponds to over 350,000 tweets sent per minute, 500 million tweets per day and around 200 billion tweets per year.” Taking those numbers into account only .001% are showing you a “sneak peak” instead of a “sneak peek”. But when they do, Stealth Mountain is there to hit you in the kisser with one solid line.

Even though he hasn’t tweeted in almost a year we are dreading the day he’ll come back more stealthy than ever. 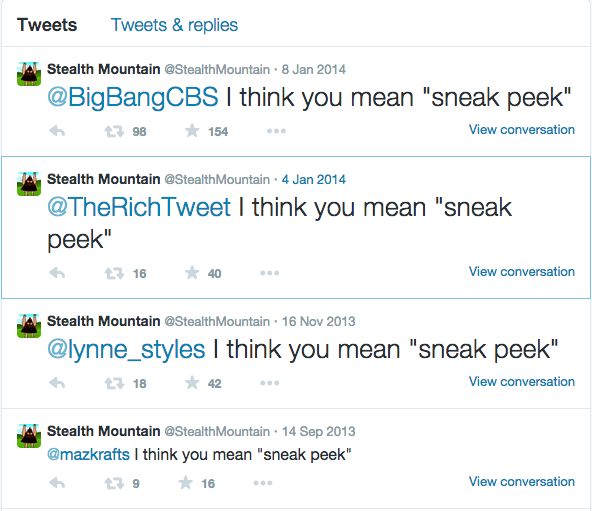